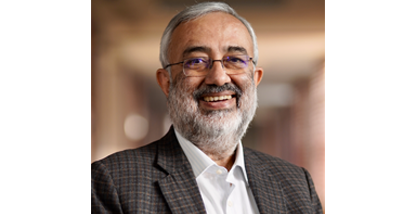 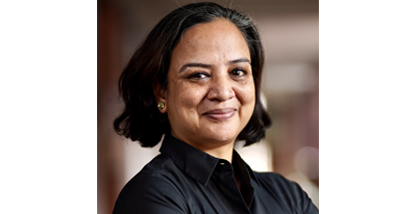 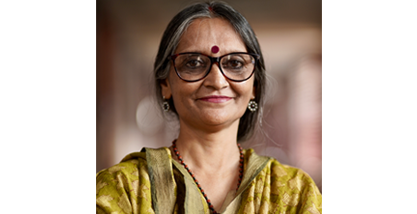 In his own words Dr Prasad believes that "education is a life long journey to explore the endless possibilities to understand oneself ". An Alumna of the University of Delhi, Dr Prasad has a Bachelor's in Physics, and a Masters and Ph.D. in Psychology. With more than three and half decades of experience in education, Dr Prasad's journey began at Modern School Barakhamba where he taught Physics and went on to create and Head the Department of Psychology and Counselling. Dr Prasad spent 15 years as a much loved member of the Faculty at Modern School before moving to Army Public School Noida as Principal. After a successful eight year tenure at APS he was appointed Principal of Heritage School, Gurgaon where he served for almost eight years. A passionate educator who believes in inclusive education, Dr Prasad is deeply interested in theatre, music, sports and technology. He was awarded by the Sahitya Kala Parishad, Delhi for his Choir music in Yuva Mahotsav, in the year 1990 and over the years, he has successfully directed and staged more than 30 plays with children, teachers and parents. He  recieved the Army Commander's Commendation (GOC-in-C, Western Command), twice during his tenure at Army Public School. A recipient of the National Award for teachers from the Honourable President of India,  he is currently a member of the Governing Council of CBSE and Advisor to the Rehabilitation Council of India.

Ms Nishi Jauhar is a dedicated and passionate educator and has a rich experience of over two decades of teaching and school leadership at Nur-Gr 8 private schools across Asia. A graduate of the Project Zero Classroom, Harvard Graduate School of Education, Ms Jauhar holds a B.Sc, MSc and B.Ed (in Child Development) from Delhi University and M.Ed and M.Phil ( in Teacher education) from Jamia Millia Islamia University. An alumna of the school, she began her teaching career at the Mirambika Free Progress School, New Delhi, which is an experimental school based on the philosophy of Sri Aurobindo and is well known for innovation in education. Following her time with Mirambika, she worked closely with Prof. A.K. Jalaluddin, known internationally for his contributions in the field of Basic Education and School Reforms. Ms Jauhar has had a long association of over 14 years with XSEED Education (formerly IDiscoveri Education), where she led large teams of teachers to make learning hands-on, relevant and exciting for core subjects for all students in the classroom. In her career as an educational leader, she has provided support to more than 1,000 schools in India, Philippines and Bhutan, to improve their teaching methodology to make learning more effective for students in Nur-Gr8.

Psychologist and educator Ms Anita Prasad has been working in the field of special education for more than 25 years. An alumna of the University of Delhi, Psychology (Honours) from Jesus Mary College. She holds a Post Graduate Degree in Education and Post Graduation Diploma in Special Education. Prior to joining SBS in 2020, she was the Director at Suniye, an organization for hearing impaired children. She has worked with a wide range of organisations including AADI (formerly known as Spastic Society of Northern India) where she was also entrusted with the responsibility of conducting and designing course curriculum for the Post Graduation Diploma in Special Education, affiliated to the University of Delhi. She has relevant experience of teaching senior students in mainstream school too for about five years. She now leads a large team of special educators, therapists and counsellors and brings her rich and diverse experience to the SEN department. She enjoys travelling and listening to Indian light and classical music. She is also professionally trained in Odissi dance.